After a barren opening weeks to the month of July, this week sees an explosion of Turtle goodies hitting shelves. So let’s get down to business!

Writer: Manning, Matthew K.
Artist: Sommariva, Jon
Cover Artist: Sommariva, Jon
The animated worlds of the current Teenage Mutant Ninja Turtles Nickelodeon cartoon and Batman: The Animated Series collide in this outstanding mini-series featuring fan-favorite characters from both universes! Villains start to mysteriously escape Arkham and Batman seeks to track them down, but he discovers that they have left Gotham completely… and gone to the New York City of the Teenage Mutant Ninja Turtles!
“If you like the animated Batman and Ninja Turtles series, this is the book for you. It’s great for all-ages, an easy introduction to both universes, and overall just a fun time.” – Batman-news.com
“Batman/Teenage Mutant Ninja Turtles Adventures is the most fun you’ll have reading a comic book…” – Comicosity.com
“Fans of both franchises will absolutely flip over it…” – GeekedOutNation.com
“Answers so many of the ‘wouldn’t it be cool if’ type questions that fans have been talking about for decades.” -OutrightGeekery.com 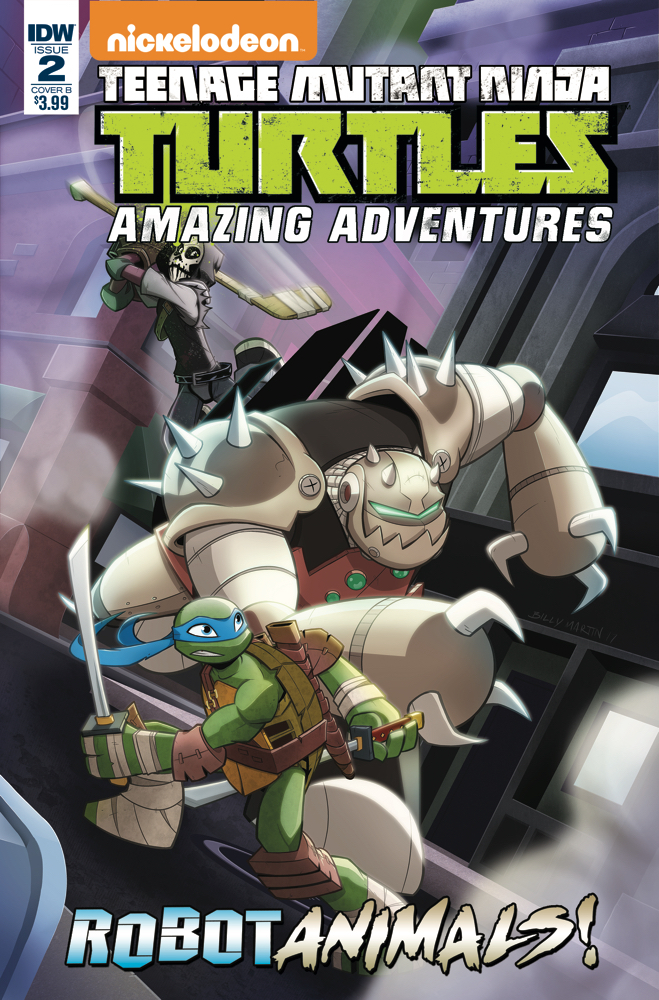 Writer: Burnham, Erik
Artist: Campbell, Sophie
Cover Artist: Williams II, Freddie
‘Karai’s Path,’ part 1 of 4. Karai has always embodied the Foot Clan. With the Clan under the control of Splinter, what path will Karai take during her travels in Japan? Danger and intrigue await Karai, Koya, and Bludgeon! 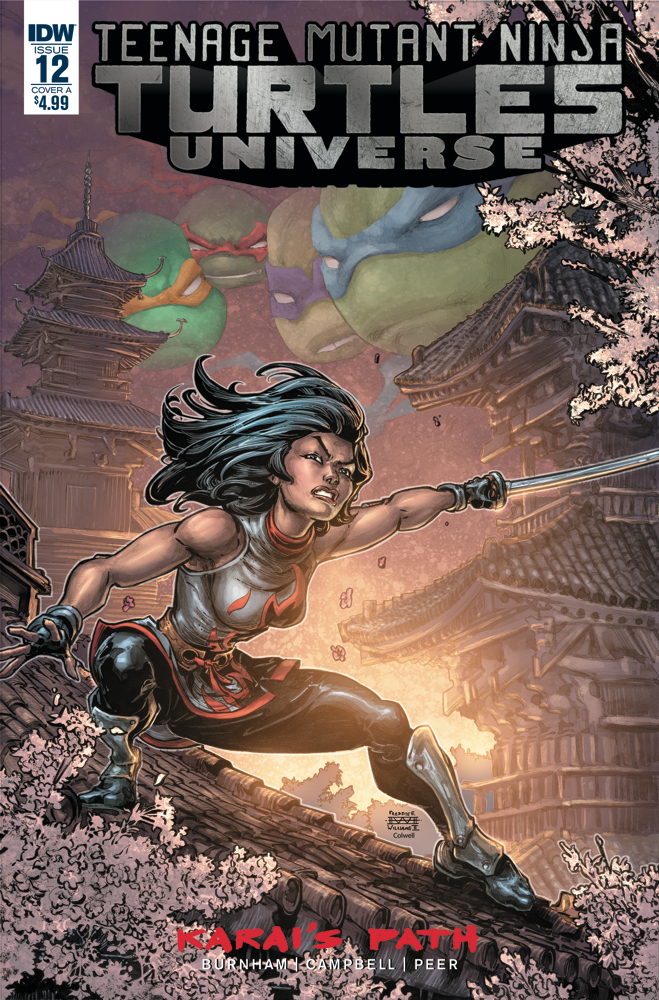 Heads up Turtles, Bebop and Rocksteady have invaded the New York City Sewers! You’ll need to act fast to save your friends from their clutches in this semi-cooperative board game. Use your knowledge of the sewers to work as a team while trying to out think, out maneuver, and outplay Bebop and Rocksteady. In Teenage Mutant Ninja Turtles Showdown: Bebop & Rocksteady you’ll face off against two of your deadliest foes, in the most precarious setting yet.
Format: MERCHANDISE
Price: PI
UPC:827714012736
Notes:
Tags:Batman/TMNT AdventuresRobotanimalsTMNT board gameTMNT OngoingTMNT Universe

Dan Gehen is a lot of things, but one thing he's been for his entire life is a TMNT fan (this has been verified by watching embarrassing home videos of his formative years). Though the classic 1980s cartoon caused his 3-year-old version to drive his parents insane via the constant repetition of "cowabunga dude", his true appreciation for the heroes in a half-shell came from the 1990 feature film as well as the comics by Mirage Studios. Today, he continues to enjoy comics from a variety of publishers, including the current TMNT series from IDW Publishing.

Turtle Power: Volume II Will Be Discussed at SDCC 2017